Shop the Paul Smith line up of fragrances. Don't forget to sign up to our alerts so that you always get informed about the brand's promos and sales. Read More

"At Cosmetify, the beauty gang love the bold and bewildering scents on offer from Paul Smith. These men’s and women’s fragrances are staples in any collection, thanks to their modern, refreshing and irresistible aromas. We also love the sleek Paul Smith designs which look great on any bedside dresser. "

As Britain's foremost designer, Paul Smith has constructed an idiosyncratic aesthetic that balances tradition with a very modern creativity. The artistic ambition that abounds in the brand's designs is counterpointed by a distinctly British sense of humour, cultivating eccentricity without frivolity.

The inspiration behind Paul's designs came from traditional British menswear, be that the country set's tweeds or his brother's Post Office shirts. Having left school with no qualifications, he only pursued fashion after an injury wrecked his chances of becoming a professional racing cyclist. It was an accident that cracked open a wellspring of tailoring genius and the young man from Nottingham went on to redefine 21st-century fashion.

With such an innovative mind and instinctive feel for style, it was inevitable that Paul should move into the world of fragrance. He oversaw the creation of scents that distilled his unique designs into aromatic form, unveiling such sensory marvels as Extreme, Rose and Hello You!.

Where can Paul Smith products be bought in the UK?

Paul Smith can be bought from a number of leading retailers in the UK, such as Allbeauty, Look Fantastic and The Perfume Shop. 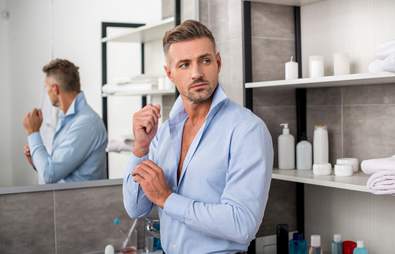 When Paul Smith goes on sale, be the first to know.