Explore the Lancaster collection of anti-ageing skincare, day creams, sun care for the body and more besides. Be sure that you add a brand alert so that you never miss product discounts and deals. Read More

"We love staying safe in the sunshine with Lancaster sun protection. Whether you’re searching for lotions, milks, creams or oils, there’s an SPF enriched product to suit every skin type. They also have a range of nourishing skincare products that help smooth, hydrate and strengthen your skin even when you’re not tanning. "

The story of Lancaster begins with an encounter between two men. Georges Wurtz and Dr Eugene Frezzati were united by their passion for skin care, and their decision to found Lancaster couldn't have come at a more opportune time.

In the post-war world, women were rediscovering how to best take care of their skin. Seeking to provide a solution, the duo set up their laboratory in Monaco – in the Boulevard Princess Grace, to be exact. This would prove a happy premonition as Princess Grace Kelly herself became one of the brand's most loyal and active ambassadors, going so far as to present Lancaster with the court's royal seal.

In choosing orange – rather than the traditional brown – for their colour, the brand was marked from the start as something different. Their most significant innovations, however, came in the formulas themselves. Not only were Lancaster the first to offer boosters in a tan deepener, they also introduced oxygen into the mix, harnessing its healing and rejuvenating properties.

Having anticipated the trend towards greater skin protection, the brand is today a worldwide authority, and still distinguished by its originality of thinking.

Where can you get Lancaster products in the UK?

You can get Lancaster products from a number of leading and well-known online retailers in the UK, including Allbeauty, Look Fantastic and Selfridges.

Is there alcohol in these products?

Lancaster avoid using alcohol as an ingredient in their products when possible.

Not all of their products featured on this site are claimed to have been allergy tested (aka hypoallergenic), however you can view the applicable Lancaster range by using our sorting options.

Where in the world do Lancaster produce their product line?

They produce their products in Monaco, France. 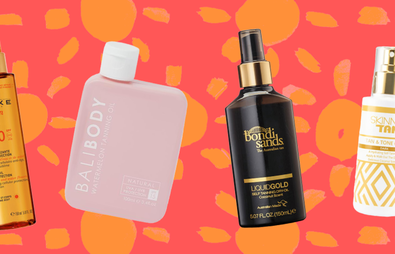 When Lancaster goes on sale, be the first to know.