Embrace the Eight & Bob selection of women's eau de parfum, scented candles and eau de parfum for men. Be sure that you add a brand alert so that you never miss product discounts and deals.

The story of this elegant brand dates back to 20th century France when the former US president JFK was touring around the country as a student and met perfume connoisseur Albert Fouquet.

Taken away by the scent Albert wore, the young JFK persuaded Albert to leave him a sample of his cologne. Little did Albert know the success it would have amongst JFK and his friends back in the US.

After thanking Albert in a letter, JFK requested that he send him eight samples and 'another one for Bob'. Without fully understanding the request, Albert sent and labelled the bottles and boxes with John's amusing request: Eight & Bob.

Months later, Albert received letters from various Hollywood directors, producers, and actors such as Cary Grant and James Stewart for this amazing cologne. Everyone wanted to get their hands on the amazing Eight & Bob fragrance.

Today, it has become one of the most exclusive colognes, preferred by the world's most elegant men. The invigorating scents of Eight & Bob are now housed in perfume bottles, shower gels, candles, and diffusers – each containing an incredible aroma inspired by iconic locations, events or individuals.

Where is the best place to buy Eight & Bob products online?

Eight & Bob products can be bought online in the UK from Mankind, Escentual and Harvey Nichols. Their products are also sold by Look Fantastic and House of Fraser.

Here at Cosmetify, we do the hard work and help you save money on all your favourite products. We compare prices from a range of retailers across the web, meaning you can easily find the cheapest place to buy women's eau de parfum, scented candles or eau de parfum for men by Eight & Bob.

And if your go-to products are out of stock, just set up an alert and we’ll let you know the minute it’s back. 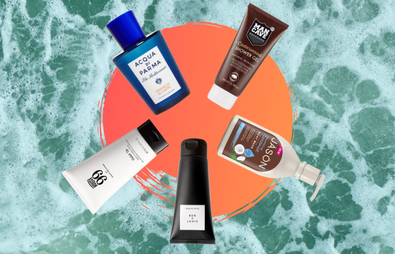 The Best Shower Gel For Men

When Eight & Bob goes on sale, be the first to know.