Growing up, many of us wanted to be just like the heroes and heroines in our favourite Disney films, aspiring to have the curiosity of Alice, the no-nonsense attitude of Jasmine, and the determination of Ariel.

As adults, many of us still have secret hopes of fulfilling our Disney Princess dreams one day, while others are living out their fairytale fantasies by turning themselves into their favourite characters through the magic of makeup.

We’ve taken a look at which women of Disney you have been trying to emulate based on the number of searches for these makeup looks, both in the UK and across the world, but who is the first lady of Disney when it comes to makeup?

Which Disney Characters do British People Want to Emulate? 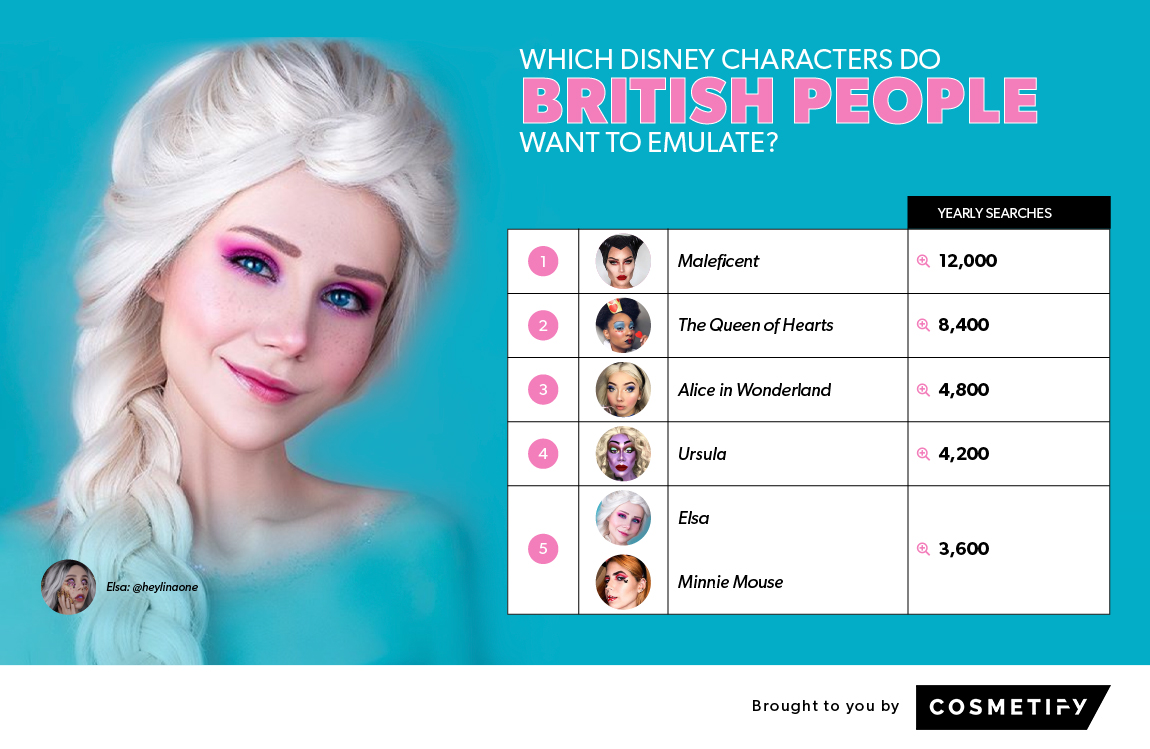 It seems to be the Disney villains who are most often recreated in eye shadow and lipstick, with the queen of mean, Maleficent, taking the top spot with 12,000 yearly searches, far outstripping her adversary, Princess Aurora, who has just 720 yearly searches. It looks like it wasn’t the cursed spindle of a spinning wheel that beat her in the end but a pair of sharp brows and a strong red lip. 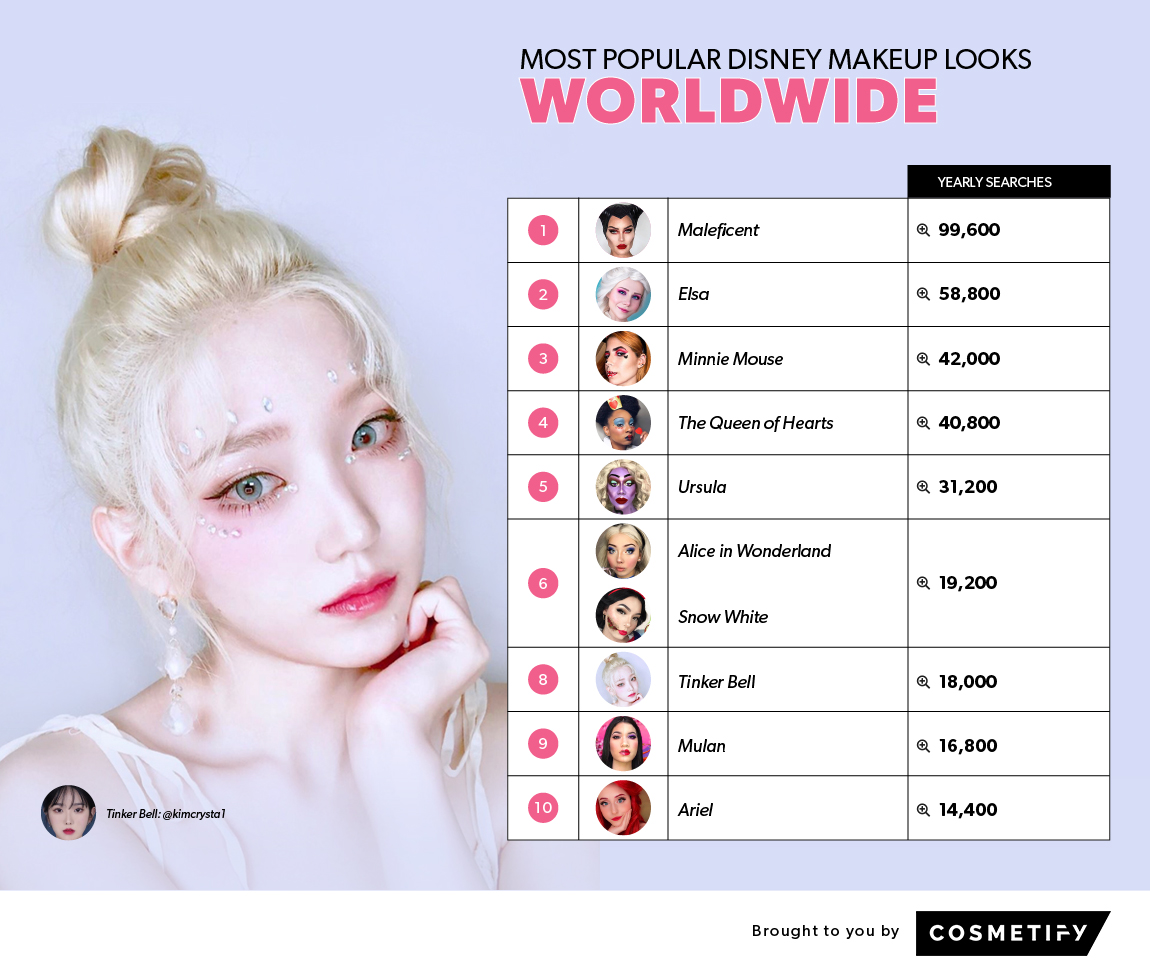 Across the globe, Maleficent again takes the top spot (who doesn’t identify with a woman scorned by a missing party invite?), but Elsa beats the other villains to the position of number two, proving that she is, indeed, an absolute queen.

The top five in global searches again points to the fact that we love to emulate the villains, with the Queen of Hearts and Ursula finding their way into the most searched Disney character makeup looks.

We began by collating a list of Disney princesses, villains, and other popular female characters from the Disney universe.

We then used this list to find the average monthly searches for makeup looks inspired by these characters by searching for phrases such as ‘Maleficent Makeup’. We used Ahrefs to find global search data and UK search data to find out which are the most popular Disney makeup looks.